PeekMed Awarded with a €2.3M Grant from the EIC Accelerator Program

The EIC Accelerator program is the most competitive public funding scheme for tech startups and SMEs to develop and expand breakthrough technologies and game-changing innovations. This year, over 1000 companies applied and only 74 were awarded. 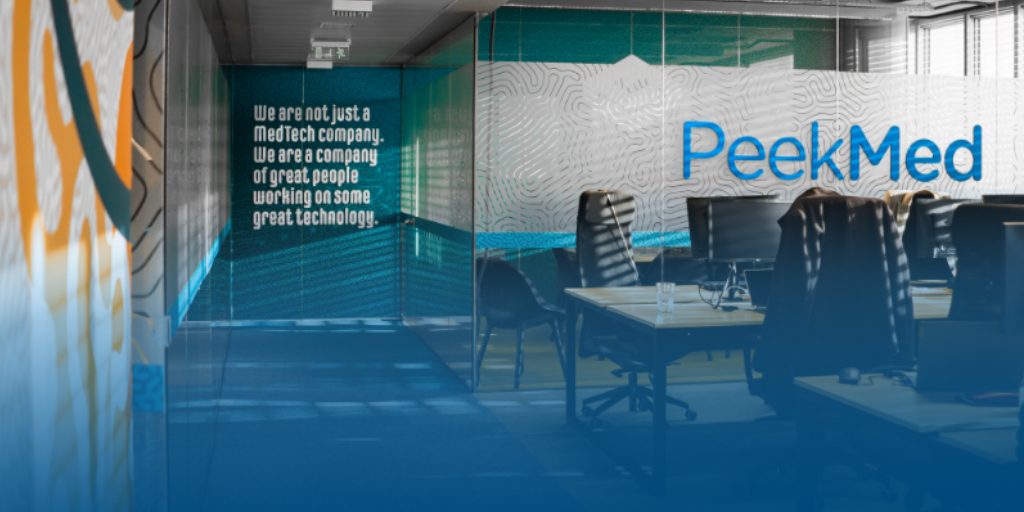 João Pedro Ribeiro, CEO of PeekMed® recognizes the importance of this grant for the future: “This announcement is a clear sign that the European Institutions have confidence in what we’ve accomplished so far since 2015 and what we will be able to achieve in the future. The team, the partners, the technology, and the roadmap, allow us to look to the future with confidence but with the same laser focus approach. This grant will help us to strategically position the company as a leader in this competitive market and therefore attract more customers, partners and investors. With the EIC incentive, PeekMed® is able to continue to be focused on its innovation activities, to extend the expansion strategy to new markets and regions, and to increase its intellectual property portfolio.“

According to the American Academy of Orthopedic Surgeons (AAOS), 60% of orthopedic surgery errors can be avoided with pre-operative planning, and hundreds of millions worth of implants are destroyed every year. PeekMed® allows surgeons to safely perform any surgical planning by interacting with its easy-to-use patented technology, with positive impacts on safety, accuracy, and efficiency.

By using an AI-based system, PeekMed® speeds and automatizes several time-consuming and cumbersome steps by performing automatic bone segmentation, automatic landmark detection, and the automatic planning of the procedure, using the best surgical practices and quick selection of the correction and implants needed. The system can automatically perform the pre-operative planning in a matter of seconds, including the accurate prediction of the size and type of implant and tools to be used in surgery, which minimizes the number of implants needed to be consigned in each hospital and the number of tools sterilized for the procedure. PeekMed® can be used to mitigate three of the current major problems of the orthopedic surgery market: robotics scalability, waste of orthopedic implants (write-offs), and high sterilization costs.

This EIC support represents a powerful accelerator for the development and scale-up of this cutting-edge technology for the orthopedic field. Since 2015, the company has been conquering its space in the market and became a successful all-in-one solution used by +3,500 users spread over 75 countries. As a medical device, PeekMed® is patented, has achieved regulatory approval for EU, USA, and Brazil,  and is also ISO 13485:2016 certified.

Over the years, PeekMed® established networks and has several closed deals with the top 10 implant manufacturers in the market. The company has also achieved recognition by being awarded funding support from a Seed round, which funded the company from idea to revenue-generating, two PT2020 approved projects for internationalization and qualification, and a Series A round to grow in the European market.

Orthopedic Software: PeekMed Receives FDA Clearance to get into US

PeekMed is EU MDR certified. Why is it important to you?

Orthopedic Software: PeekMed Receives FDA Clearance to get into US

PeekMed is EU MDR certified. Why is it important to you?