Common questions about robotic surgery are often related to the idea that a robot is performing the medical procedure on its own.

These are legit questions that often derive from the search for which technology enables surgery to be more precise.

To help clarify common questions related to the topic, in this article, we will go through more detailed information on robotic surgery in orthopedics. We will touch points such as:

What is Robotic-Assisted Surgery?

Assisted robotic surgery is a method to perform non-invasive surgery.

In a general way, the orthopedic surgeon uses minimal tools attached to a robotic arm and controls it through a computer. This method allows for enhancing the capabilities of surgeons while overcoming the limitations of pre-existing problems with minimally invasive surgical procedures

The use of technology and computers and the fact that the procedure is also minimally invasive often lead to confusion regarding the topic.

If you recall, in the past we’ve already introduced the concept of CAS or computer-assisted surgery. CAS converges the idea that technology (machines or software) is combined with the surgeons’ skills. Hence, robotic surgery, too, is a type of CAS.

Regarding laparoscopic and minimally invasive surgery, there is often some confusion too, but robotic surgery provides different advantages, which we will explain in this article.

Is robotic surgery the same as laparoscopic surgery?

No, robotic surgery is not the same as laparoscopic surgery. While both surgeries are minimally invasive techniques and include a camera, surgical instruments, and a small incision, there are significant differences.

On the other hand, when it comes to robotics, the surgeon is operating the surgical robots from outside the patient’s body, using a robotic surgical system and a camera.

The main difference between these treatment options is that medical robotics has evolved a lot technologically. Hence, allowing the surgeon to adopt new strategies while achieving better patient care.

What robots are used in the medical field?

When talking about robotic-assisted surgery a familiar doubt is exactly what kind of service robots assist with.

At this point, we are still far away from a scenario where the robot assists the surgeon.

However, artificial intelligence (AI) assisted robot surgery is expected to develop in the future. Integrating processes such as machine learning in the day-to-day operations of healthcare.

Robotics Surgery uses much more advanced technology than other surgical procedures, hence there are some improvements associated with it.

The most common advantage is that robotic surgery involves only a few small incisions – especially regarding the impact it has on the patient body and recovery.

Medical robots articles often refer that another advantage of robotic surgery is regarding where the surgeon can reach.

Traditional hand surgery and laparoscopic surgery do not offer the same versatility and are not free from normal tremors that come from surgeons' body movements.

While robotic surgery includes several advantages, the reverse of the coin must be given the needed thought.

One of the main disadvantages is the costs associated with acquiring the equipment. The same applies to surgeon training, which has minimally invasive tactics that act as a replacement for procedures with large incisions.

This leads us to the most common and possibly the most important question.

Just like every surgery, robotic-assisted surgery has some risks.

The most common risks are associated with infections and other typical complications of surgery. This occurs in every procedure and can be avoided by training and quality control strategies.

While many research papers do alert for clinical errors and problems related to robot-assisted surgery, it’s important to understand why this happens.

Many of these studies were conducted during the period when most surgeons were adapting to the technology.

Science and knowledge production suggest that our learning progress is exponential. That said, surgical robots are one of many new orthopedic technologies with a significant promise to the future of the field. 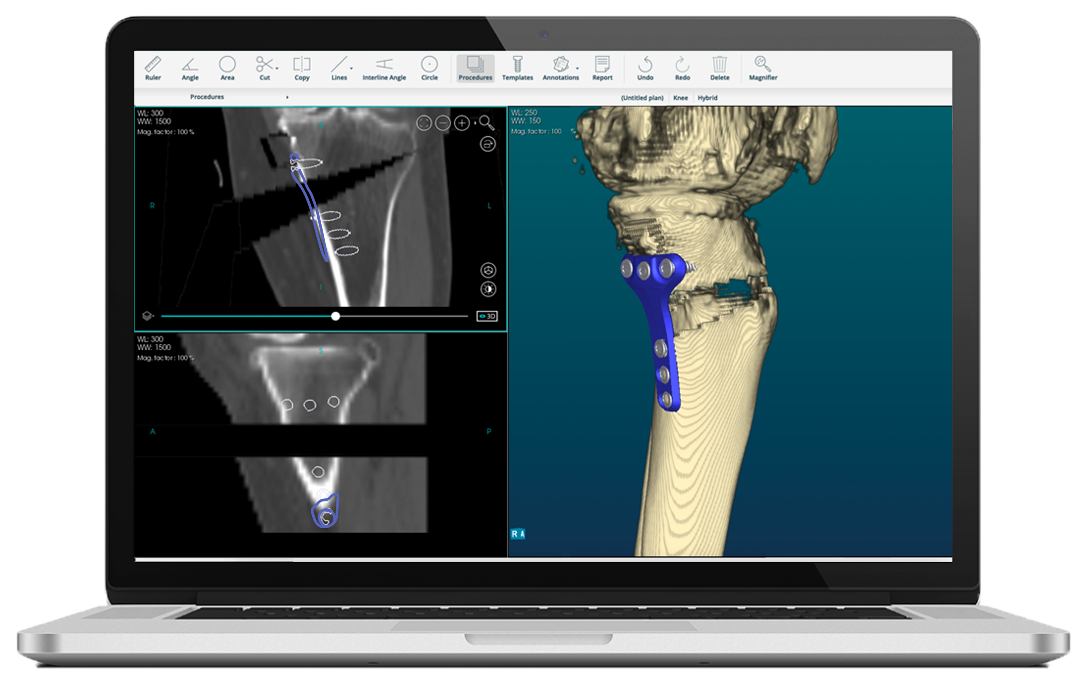 More than 3000 orthopedic surgeons have been using PeekMed.

Do you want to try it too?