What can Orthopedic Technology learn from Pokémon GO?

Pokémon Go introduced Augmented Reality (AR) gaming to the masses, but the technology behind the game also has very serious applications in orthopedic technology. It is only a matter of time before AR becomes a critical and useful tool in the OR through holographic displays like Microsoft’s Hololens or Google’s Magic Leap.

Augmented reality is a display technology that combines the real world with the virtual world. It allows digital images or pre-operative planning information to be combined with the surgeon’s view of the real world. This technique gives surgeons Superman’s “X-ray vision” without using an X-ray machine, allowing them to visualize parts of the patient’s anatomy that are not typically exposed during a surgical procedure. AR can increase the surgeon’s view of unexposed bones and other tissues during surgery while using less invasive techniques. These visualization devices will also allow the surgeon to view pre-operatively determined locations of incisions and real-time medical images with proper spatial alignment during surgery.

In the virtual reality world of computers, video gamers visually enter simulated worlds without leaving their physical environment. Now, researchers have begun to use the same technology to obtain intimate anatomic views in the OR. Structures once only seen invasively or through 2D pictures — such as ligaments or bones — become 3D images projected onto patients.

AR technology builds upon computer-assisted navigation platforms. This technology may be looked at as the next generation of computer navigation systems, as it could revolutionize orthopedic medicine and other specialty areas. 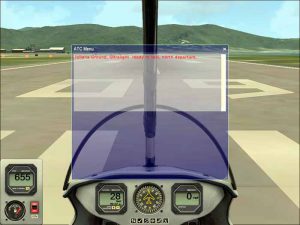 New pilots train on flight simulators before flying their first 757. Scientists experiment on animals before giving their new drug to patients and fledgling surgeons perform their first few operations on… real people

The idea of learning to operate on a virtual patient — the surgical equivalent of the flight simulator — has been around for decades, but only recently has virtual technology become powerful enough for surgical simulators to become a practical option. The latest devices have touch-feedback systems that let practicing surgeons not just see and hear their virtual patients, but also feel the sensation of pressing a scalpel against muscle or drilling into bone.

Such virtual environments are essential to educate/training young surgeons. The traditional way of surgical teaching involves students first merely observing a live surgery and then gradually processing to assisting experienced surgeons. Developing such virtual environments for education and training purposes will accelerate and supplement existing approaches used to educate and train medical doctors. Using computer-based simulations allows for medical students to be prepared to serve the surgical needs of the general public.

The interest in 3D printers is still quite recent when many companies entered the business to start a boom which, soon enough, would enter the medical field with achievements that made history. Studies in medicine foreshadow even greater advances, in addition to impressions for dentures, tissues, human organs and drugs..

Beyond this reality, 3D printers substantially decrease the cost of the prosthesis, allowing parts to be produced in a fully customized way, according to the needs of each patient. This type of production brings greater flexibility and accuracy, reducing risks and making recovery faster and better for the patient. Another use of 3D printers is bioprinting, with the manufacture of tissues, small body parts and even organs.

Development of implants and personalized prostheses is eventually the most important and most valuable direction, when applying the 3D printing in the field of orthopedics. This is determined by the materials, equipment, and manufacturing capabilities available for 3D printing. One of the main advantages of 3D printing in orthopedic implants is the inherent geometric freedom of the technology. This not only allows the design of more natural anatomical shapes, it also brings the possibility of designing porous bone replacement scaffolds that can seamlessly be integrated in the implant design. This allows for natural bone ingrowth, ensuring higher stability of the implant.

Complex cases are being solved with the help of molds that allow doctors to practice studies and to ‘rehearse’ surgeries and interventions.

Another use of 3D printers is bioprinting, which consists in manufacturing tissue, skin, small parts and even organs. 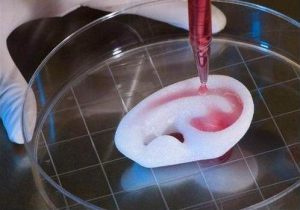 Another use of 3D printers is bioprinting, which consists in manufacturing tissue, skin, small parts and even organs. Printed organs may solve the long waiting lines for transplants and be used for drug testing, thus avoiding the controversial animal tests, and printed tissues may be used, for example, in breast reconstruction for women who have had breast cancer.

But these types of prints are more complex, as living cells are used and must remain alive after printing as well. The process to print cell tissue is done by, collecting cells by biopsy or stem cells from an umbilical cord, growing until they reach enough for the size of the part to be produced and transformed into a kind of cell ink called bio-ink. This bio-ink is then placed into the machine and through a specific software, the required amount of bio-ink is injected. After this, a gel is added to maintain the cells’ structure and the model is then left in a sort of incubator for the tissue to be produced.

Robotic Surgery: not sci-fi any longer. The new reality of orthopedic technology 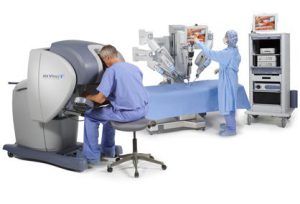 Robotic surgery is a method to perform surgery using very small tools attached to a robotic arm. This type of surgery aims to both improve the ability of physicians performing open surgery and overcoming the limitations of pre-existing minimally-invasive surgical procedures.

Despite the time delay (known as “latency”) between the instructions issued by the surgeon and the movement of the robot which response to the instructions, robotic surgery will allow for a much greater degree of precision and accuracy. This means that the patient can be treated and operated on with a minimum of staff which in turn, reduces costs. The surgeon’s fatigue is reduced, perhaps eliminated. However, robotic technology is extremely expensive both in terms of capital costs, as well as running expenses and will require the training of specialized personnel to properly repair and care for it. 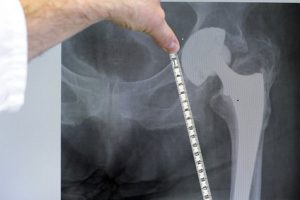 The days of using pencils, scissors, rulers and old fashioned acetates are over. Several problems are faced when preparing a drawing of a fracture reconstruction based on plain radiographs, so planning softwares that incorporate more accurate 3D CT reconstruction have been developed.

Computer-assisted pre-operative modelling and visualisation of anatomy to predefine the surgical steps, determine the best plan, as a detailed planning is the most effective way to avoid failure. Researches demonstrate the potential of 3D virtual planning for comparable or better surgical outcomes than conventional planning, since the mental integration of preoperative 2D image information into a 3D intraoperative surgical situation may lead to an inaccurate execution.